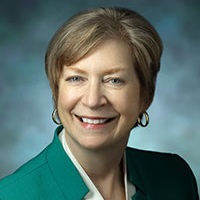 The Baldrige Award is the nation's only Presidential award for performance excellence. Receiving this award is the pinnacle achievement in HCC's quality journey, which began in 2002 when HCC first applied for the Maryland Performance Excellence Award. Though they didn’t receive the award that year, the pursuit fueled organizational improvement by aligning their key performance indicators (KPIs) with the Baldrige Criteria for Performance Excellence. Five years later, in 2007, their efforts were recognized with the U.S. Senate Productivity Award, Maryland’s most prestigious award for organizational performance excellence, which positioned the College to apply for the Baldrige Award.

The Howard team submitted their first Baldrige application in 2005, again in 2008, and they’ve continued to participate in the process annually. In 2017, HCC was selected for a Baldrige site visit and subsequently earned recognition in two categories: customers and operations. Last year, the College was recognized for its role model practices in leadership. With a culture focused on continuous improvement, the Howard team leveraged the Baldrige examiners’ feedback as well as community feedback to assess their efforts, identify areas where they were falling short, and make the appropriate process improvements.

To achieve performance excellence, HCC has systematically focused on increasing completion among all its students. HCC increased its graduation rate by 168% within two years of entry, from the 2008 to the 2017 entering cohorts of first-time-to-college students. HCC also tripled the graduation rates for first-time-to-college Black/African American and Hispanic/Latino students within two years of entry.

“The Malcolm Baldrige National Quality Award honors Howard Community College’s shared commitment to continuous quality improvement,” said Dr. Kate Hetherington, president of Howard Community College. “This commitment has resulted in the college making great strides in closing the achievement gap, increasing completion, and preparing students for the workforce. The Baldrige award is only possible because of the hard work by faculty, staff, and trustees who are dedicated to the college’s mission of providing pathways to success.”

Please join us in congratulating Kate Hetherington and the Howard Community College team on this incredible achievement!