Technology is changing at an exponential rate that is disrupting many sectors, including higher education. As we face a disruptive future, we are asking our 2020 learning partners:

Higher education leaders face challenges with funding, global competition, keeping up with a connected world and legacy systems, and supporting a diverse set of students who are mobile. Microsoft, one of the greatest technological innovators of our time, develops smart technology solutions that help solve those challenges and transform so campuses can thrive. 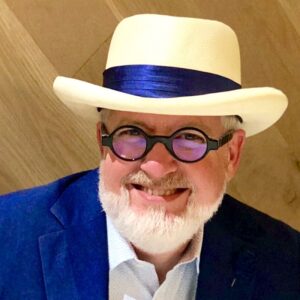 David Gibson is currently working with Microsoft colleagues to empower everyone to learn more. He is a leader, product manager, account manager, and sales executive with a proven track record for communicating the value of technology solutions and customizing the capabilities of various systems to the needs of particular customers. He has a passion for applying computer technology to business and customer problems with more than twenty years experience in the education market vertical. He has demonstrated success in many facets of business, particularly in technology sales and product management.

Connect with David on LinkedIn » 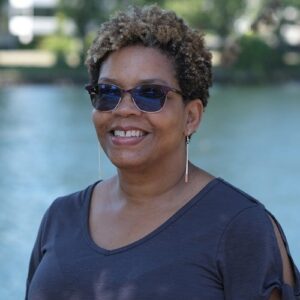 Connect with Elizabeth on LinkedIn » 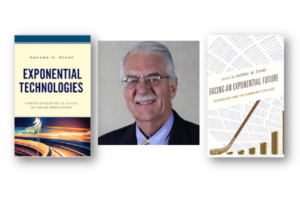 Since 2015 he has held the position of Coordinator and Assistant Professor of the Higher Education Executive Leadership Program (HEEL) at Wingate University in Wingate North Carolina. He teaches six graduate courses and administers the HEEL program. During 2014 he taught online courses at the undergraduate and graduate levels.

In October 2013, he retired from the position of President of the South Carolina Technical College System in Columbia S.C., a position he held for over three years. Previously, he served as President of Central Virginia Community College in Lynchburg Virginia for eleven years.

His books, Exponential Technologies and Facing an Exponential Future: Technology and the Community College, bring awareness to community college administrators and faculty to the recent technological developments, such as Artificial Intelligence, autonomous vehicles, personal robots, 3-D printing, the Internet of Things, nanotechnology, genome research, bitcoin, and quantum computing. These technologies will require radical change in the operation of community colleges.

Connect with Darrel on LinkedIn »

Longtime AFIT member Howard Community College (HCC), of Columbia, Maryland, is a 2019 recipient of the Malcolm Baldrige National Quality Award in the category of education. HCC has followed the Baldrige framework in its quest for performance excellence since 2005, systematically focusing on increasing completion among all its students.

President Kate Hetherington and the HCC team have made great strides in closing the achievement gap, increasing completion, and preparing students for the workforce. The College has increased its graduation rate by 168% within two years of entry, from the 2008 to the 2017 entering cohorts of first-time-to-college students and tripled the graduation rates for first-time-to-college Black/African American and Hispanic/Latino students within two years of entry. HCC’s growth rate of more than 100 percent for associate degrees awarded for over 10 years consistently outperforms its peers. Additionally, 100 percent of graduates in the areas of nursing, radiologic technology, dental hygiene, medical laboratory technician, diagnostic medical sonography, emergency medical services, and physical therapy assistant found employment after graduating. 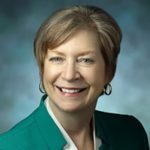 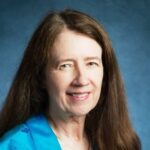 Connect with Zoe on LinkedIn »

Established by the technology services company Cognizant, the Center for the Future of Work examines how work is changing, and will change, in response to the emergence of new technologies, new business practices, and new workers. The Center provides original research and analysis of work trends and dynamics and collaborates with a wide range of business and technology thinkers and academics about what the future of work will look like as technology changes so many aspects of our working lives.

Learning partner to be announced.

The United States Air Force operates some of the most sophisticated technological systems in the world, and the Air Force Academy is responsible for providing it with high quality officers to meet its future needs. Given its unique mission, few organizations are as adept at transforming their approach to education and developing innovations to support transformation as the Air Force Academy.

Lieutenant General Jay B. Silveria is the Superintendent of the U.S. Air Force Academy in Colorado Springs, Colorado. He directs a four-year regimen of military training, academics, athletic, and character development programs leading to a Bachelor of Science degree and a commission as a second lieutenant. As a learning partner, he will teach us how the Academy understands and prepares for rapidly changing technology, and how you can do the same at your organization.

Connect with Jay on LinkedIn »