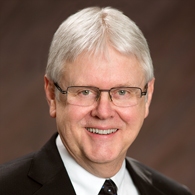 The AFIT Legacy Award honors an individual who has made exceptional and long-lasting contributions to AFIT and his or her organization, and has been a leading exemplar of transformative leadership nationwide. The legacy of the recipient is one that is not only extraordinary, but is rarely found.

Only three such awards have been granted by AFIT since the Legacy Award was established in 2010. Previous recipients include Jackie Claunch, former president of Northwest Vista College, and Dan Phelan president of Jackson college.

The most recent recipient, Tim Nelson, assumed the presidency Northwestern Michigan College 2001 and will be retiring at the end of this calendar year, after almost 20 years of service. Shortly after his arrival at NMC, Tim sent an open letter to the campus addressing the question, “Where are we going and what is important?” His letter covered four pages in which he laid out his vision for the organization, but his conclusion was, perhaps, the most significant part of the document. He said “Perhaps the final words in this document need to be about change and transformation. As one reviews the strategic commitments listed herein, it becomes evident that something more than change is required for full attainment. In many of the cases, organizational transformation must occur. Transformation is more significant than change. It requires that one examine and question the very assumptions that drive the issue of organization. Most likely, it requires that new assumptions be adopted.”

Building on that concluding statement, Tim spent the last 19 years pursuing transformation of the culture, the operations, and the mindset of his college. In the process, he achieved significant growth, outstanding performance, and a level of excellence most can only dream about. In his final Annual Review and Report to the Board, which was submitted in June of this year, the very first item on the list of activities is titled “Business Model Transformation,” highlighting the most recent transformation initiatives that had been accomplished or were under pursuit. True to his promise 19 years earlier, transformation remained at the forefront in his mind and resulted in numerous significant achievements such as:

Tim joined AFIT in 2008 and began serving on our Executive Committee in 2015. He quickly made his mark, bringing his transformation vision, experience, and knowledge to the group. Based largely on his leadership and influence, AFIT began its own transformation in 2017, culminating in our name change from CQIN to AFIT last year and taking this organization to another level.

Tim has certainly made exceptional and long-lasting contributions not only to AFIT and Northwestern Michigan College but to the entire higher education industry. Please join us in congratulating Tim and wishing him a wonderful retirement!